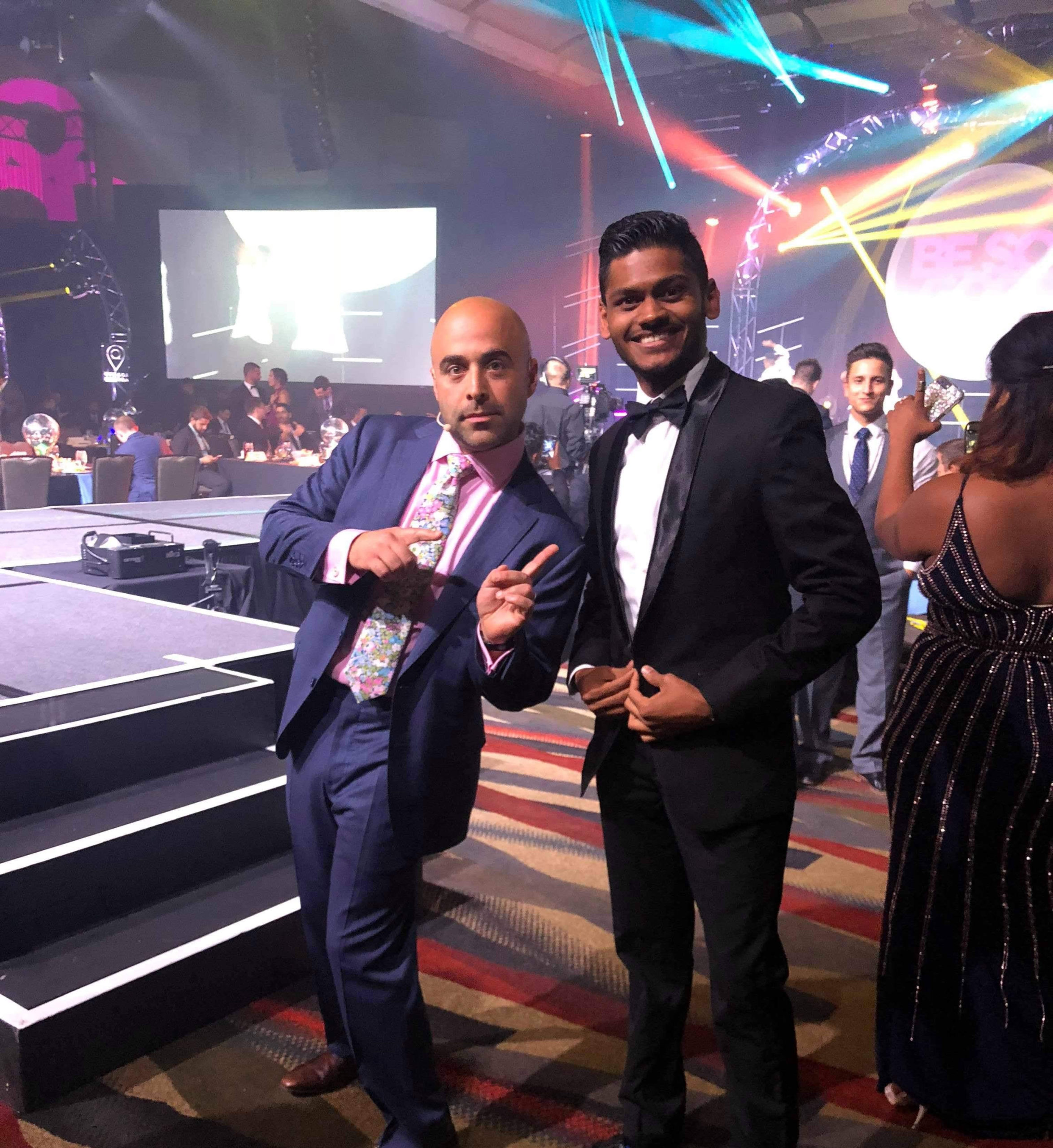 “You either succeed, or you learn, but failure… I don’t believe you can fail when you’re trying.” If you’re wondering what social media influencer or business mogul quoted that, the answer might surprise you. This gold nugget of business insight comes from DMC Atlanta’s featured team member of the month, Sofin Rajwani, a Master’s graduate with a mission to craft a long-term career here at DMC.

Born & raised in Mumbai, India, who Sofin proudly shares is the textile, diamond, and Bollywood capital of the world, life revolved around family, cricket, ping pong, school, and dance for the young Team Lead! With a desire to see the world, Sofin applied to work in Canada after his college graduation, intending to complete his Master’s program there. Life threw Sofin a curveball when Canada didn’t pan out, and it was then, fortuitously, that his guidance counselor asked if he’d considered studying stateside. A small seed planted quickly grew into an idea Sofin ran with, and not but a few months later, he was in California studying for his MBA at Northwestern Polytechnic University.

Graduation left Sofin with a decision to make: move to Atlanta or Houston. A call with Human Resources Manager, Tia, led him to an interview with the company early last year, and within no time, Sofin found himself accepting a position in our firm’s Management Program, engrossed in the company’s team, hospitality, and advancement opportunities. He knew he would work hard wherever employed, but now felt he got to do so with people he genuinely cared for and vice versa.

A confident, charismatic young man, Sofin had no problem, when starting with the company, blending in with the outgoing corporate culture DMC Atlanta boasts and learning what he quotes is the key to success — persistency. Now, a year later, he reflects on the relationships he has built and growth he has seen internally and states “I can’t imagine being anywhere else.”

Rooted by family, Sofin’s biggest cheerleaders are his parents and his younger brother. Working fervently to make them proud, Sofin plans to grow into a Management role by the end of the year. He also gives special praise to DMC Atlanta’s CEO, Adam Dorfman, and Human Resources team Rae Stafford, Savanah Hart, Tia Maiello, and Julia Ling for mentoring him along the way. When asked what advice he would share to future team members, Sofin says “work hard but don’t be too hard on yourself.”

You can catch Sofin and his wisdom dancing Bollywood around the office, spending time with his brother, exploring Atlanta, and injecting us with his contagious energy and outlook on life. If there’s one thing we know after sitting down with Sofin Rajwani, it’s that he’s unique and this isn’t the last you’ll see of this superstar.