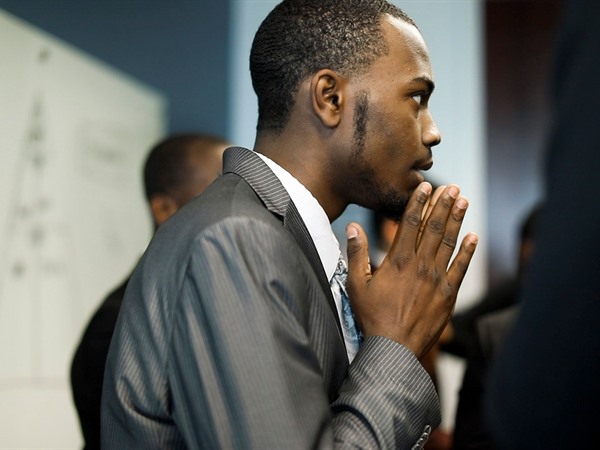 These may be unprecedented times for most businesses. Still, as an organization, we’ve embraced this time as a period of massive opportunity – an opportunity to self-reflect, a chance to improve our craft, and unadulterated time to focus even more on the core of our business: our people.

When we met Keenon Gresham 2.5 years ago working out of our client’s Pensacola office, we know he was special. Call it having an eye for talent or an appreciation for certain skillsets, but Keenon’s Naval experience immediately struck us as unique. This was a man who knew what true discipline looked like and welcomed change. In today’s world, that person is EXACTLY who we want by our side during a pandemic: a true leader who sees adversity as a chance for improvement.

We’d like to thank Keenon’s Mississippi roots for the character he boasts today. He cites his childhood as the starting point for his student mentality, a trait he believes helped him excel both in the Navy and here at DMC Atlanta. A lifelong learner who was curious about everything, Keenon held Presidential & Vice Presidential roles in 6 different student organizations as a high schooler. After graduation, he enlisted in the Navy and accepted an intelligence-based position as a Fire Controlman, operating weapons systems aboard surface combatant ships. His role was highly technical and highly challenging in the advanced electronics and computer field, where he handled both missile and radar launches.

Starting entry-level with our client back in August 2017, what immediately struck Keenon about our industry was 1) the camaraderie and how similar it was to the brotherhood he formed in the Navy and 2) how his student mentality would never go hungry. When an opportunity opened from him to work out of our headquarters directly, Keenon immediately jumped at the chance. He moved his beautiful family of 4 to Atlanta and has been full steam ahead since. An entrepreneur at heart, Keenon has his eyes set on holding a consultant role in our company and won’t stop until he hits it.

When asked about his favorite thing regarding work at DMC Atlanta, he replies without hesitation, “the people and the merit-based growth.” Keenon’s biggest focus outside of work is ensuring he’s being the most present father he can be to his 6 and 2-year-old. He’s seen firsthand how his mindset has evolved since working directly with our management team of Adam & Rae and looks to extend that to his home life. He loves reading, playing an occasional video game or two, spending time with his soon to be wife come April and his beloved children.

Rae Stafford states it best, “Keenon is one of those people who every time you are around him, you get the same feeling you get when you are watching your favorite cartoon or see one of those wacky wavy inflatable tubes…pure happiness. He outworks everyone I know and ALWAYS has a big smile on his face no matter what’s going on. He is one of a kind and so appreciated.”