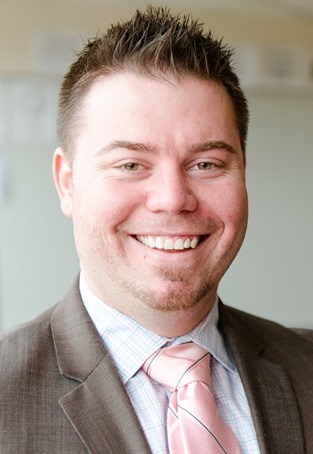 Success requires resiliency; there’s no doubt about that. It’s a trait more people lack than have yet one that’s essential to succeed in DMC Atlanta’s Management Training Program. Resiliency, though, is a quality Austin Owen embodies through and through.

Born and raised in Atlanta, Austin grew up with his father and younger brother in a home that emphasized following through and staying true to your word. In the Owen household, giving up was not an option. Finding his niche in football and wrestling at a young age, Austin continued both sports through high school and learned a lot about the art of practice, teamwork, and discipline; these traits would later help him achieve a management promotion here at DMC Atlanta.

School and sports turned into work, and Austin found his first career in the construction industry. Naturally, he hated every minute of it (ha) and quickly began looking for a career in the marketing field; he craved somewhere he could utilize his natural communication and people skills. On top of that, Austin dreamed of being the first person in his family to own a business, so a company that offered growth and advancement was a must. He fortuitously stumbled upon DMC Atlanta in January 2010, and the rest was history from there. At 21 years old, Austin took immediately to the performance-based culture and challenging leadership development courses; he saw himself growing professionally at a rate he never expected.

When work offered an opportunity to relocate to Jacksonville, Flordia, Austin jumped at the chance to step out of his comfort zone and try his hand somewhere new. Jacksonville proved fruitful, and our client asked him at the start of 2015 to help them oversee a new territory and team down there! Austin excelled at his management role but chose to return to Atlanta in May 2016 to be back closer to family and the DMC Atlanta team!

His reemergence in the office set off a spark, and a shift in the performance of the entire marketing and sales team was immediately noticeable. Austin pushed himself, and accordingly, so did the whole team. Motivated by financial freedom (and a Ferrari 🏎️), Austin worked with a pace that made the entire team redefine what “success” meant to them!

Now less than 2 years since his return, our client has again asked Austin to help them expand their market reach – this time to Houston. As we prepare to say farewell to Austin and team, we wanted to take the time to thank Austin for being such a pace-setter and role model. Between working on fitness, rooting on his Falcons & Bulldogs, being a great fur-dad, significant other, co-worker, and friend, Austin always manages to be something for everyone. His physical presence in our office will be missed tremendously, yet our excitement outweighs our sadness at his move.

Austin – thanks for your continued dedication and most importantly, for never giving up on yourself or your dreams of entrepreneurship. We know you, combined with your warrior spirit, are destined for success no matter where our client sends you. Until then, enjoy everything bigger in Texas!